There were about 10,000 in attendance over the two-day Hempstalk event in 2007 who came to listen and dance to some of the best bands in the Northwest, headlined by Los Marijuanos.

Hempstalk 2008 is expected to exceed this number by the 1000's. This years event will be held at the Vera Katz Water Front Promenade.

This event is fast becoming one of Portland's best music and educational events. The event offers information, Food and Beverages (Non Alcoholic) and the best the North West has to offer in Sounds.

Some of the Performers at Hempstalk 2008 will be: 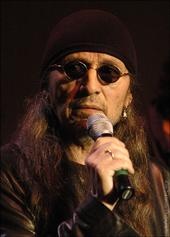 Born of mixed tribal blood, John Trudell grew up in and around the Santee Sioux reservation near his hometown of Omaha, Nebraska. The struggle against economic and cultural deprivation would, in time, become the raw material for his uncompromising artistic vision.

It was through this horrific tragedy, that Trudell began to find his voice as an artist and poet, writing, in his words, "to stay connected to this reality. The lines were my bombs," he continues, "my explosions, my tears." Source: JohnTrudell.com Listen to the singles from this new albumHow Does Tomorrow Dream

We were inspired by many of the agreeable greats of the Folk, Country, and Americana genres. Our favorite chords are C, F, and G. So, if youd like to play along, well, its that easy. Of our infamous families, the two of us had been the musical holdouts until we gave into the force and began writing and playing music together.. How can we keep silent when we are the voice of a nation? You may not hear us on the radio, since our songs have been described as inappropriate, off-color, not ready for mainstream and NSFW(Not Safe For Work). Our debut EP, Folk Uke, is self-titled, as are we. It was produced by Abe Guthrie and ourselves. Family values would be the common chord in this unprecedented collection of songs, since we let our Dads take the solos and chime in when they were compelled to do so. It was the least we could do for our executive producers. It made them feel good and that made us feel good; so we took the chance that it would make thousands of people feel good and we printed thousands of copies. - Cathy Guthrie and Amy Nelson. http://www.myspace.com/folkuke

is a group of multi-talented musicians who perform original music featuring positive lyrics and body-shakin grooves. With a cast of players that reads like an atlas, this multi-cultural group plays songs in a variety of styles and genres. From roots reggae to original rock, Island to country and Latin to bluegrass, the songs transition beautifully from one to another always highlighting the common theme of togetherness and self-awareness. http://www.myspace.com/humanandtheotherhumans

The State of Jefferson

is a versatile group of multi-instrumentalists that came together through a mutual need to heal the world with booty-shakin. Over the past six years a cast of sonic sorcerers has kept the SOJ militia alive and well. Yes the lineup has been varied. At the heart of this "right now" orchestra are corps membeers Ryan "Beavs" Redding(Bass, Uke), Joey Ginet(Strings, Harps,vox), Mikey Stevens(Trumpet, Guitar), Easy Vestnys (Keys, Vocals) and Duke Davis(Reeds, Percussion). With these soldiers at the helm, you never know who will be onboard as we chant down babylon with our positive minds riding to ZION on the grooves that make your body move. Standing Room Only, or a ten piece band playin to a five piece audience, WE WILL REPRESENT! Listen to the singles from SOJListen to the singles from this new album What Then Babylon http://www.myspace.com/thestateofjefferson

The Herbivores began performing at the University Bistro (Seattle, WA) in 1989, the only reggae club that was happening at that time and were also checking other venues to perform. Jay Roberts has been playing lead guitar with them for 16 years now and the family bond has grown to encompass Jay's world of jazz performers. Jay's best buddy, (Dirty) Dann McCormack, joined the Herbs in 1993 as their keyboard player. Jay and Dann grew up together playing music, so it was natural that he join. Dann's humor has brought the band through some difficult moments, always with a smile on his face. Kelly Paletta, drummer on their first album, GENETIC BEHAVIOR, was a member of the Herbs for nearly 5 years. Mark Arrington, joined as their drummer to record their second album, HERBIVORES. The Rocket ad section was the way they found Brendan Scanlan, their current drummer. And what a find that was. Brendan, a graduate of the Berkley School of Music, brings forth major jazz influences into their material. His love of jazz and fusion, has broadened their music once again. (Dirty) Dann McCormack has stepped away from the keyboard and taken over brass http://www.myspace.com/theherbivores

are the new breed of Mexican Poets with 8 years under their belt they have been half way around the world. Two time (13th and 14th Annual) High Times Cannabis Cup performers in Amsterdam, Also 2 year co-headliner for the great Seatle Hempfest performing next to Kottonmouth Kings, Sir MixALot, Daz & Kurupt and Badazz from the Dog Pound and others, plus dozens of fests featured in multiple magazines which include: High Times, The Source, Murder Dog, Ill Tip to name a few. Performing always for the cause, Los Marijuanos have also been featured on the Latin Throne DVD. With their strong R&B hooks sung by PonyBoy and the stories of real life situations of the Barrio and to end the drug wars and for the legalization of Marijuana this group cannot be silenced. Ponyboy has blessed many other Latin Hip Hop artists with the opportunity to collaborate in different musical projects. Ponyboy has done hooks for artists such as: Kinto Sol, El Chivo, Latin Assassin, So-low, FCM Click, The Untouchables and countless others. http://www.myspace.com/losmarijuanos4life

Country Rock, Jazz and a blend of Humorous songs not for the Faint Hearted. Guitarist/Vocalist Lonnie Wages with Eric Gold on Drums, Amy Green on Vocals and special surprise guests. Will feature prominent New Orleans and Northwest Musicians.

The following is a list of some of the people who have donated their services at past Hempstalk events to help educate and entertain. Without their courage Hempstalk would not exist. We are extremely grateful for their dedication to the cause.

Wines For Your Home