Most of the Moscow restaurants are located downtown, that is within the so-called Garden Ring, a very broad street demarcating the limits of the city center. Do not be misled by the statement though. A fact that two outlets are both within the Garden Ring does not mean they are a walking distance from one another. It might well be a 15-minutes drive. 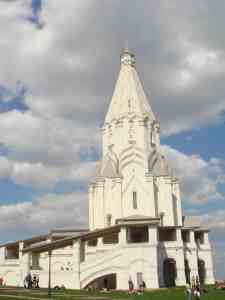 Are a league of their own. Though Micheline Guide`s experts have not made their way to Moscow yet, the bills can impress even those with good imagination (with the exception of Londoners probably). The food however might turn out quite uninspiring. The issue is that many of top restaurants in Moscow are more social than gourmet. Their audience is not about enjoying a special meal, but rather about going out to see and be seen. The rank of a restaurant position in the city`s en vogue hierarchy is easily identified by the number of gorgeous blonds sipping their tea (one cannot really expect them to eat if they are to preserve their impressively fragile frames).

Has only lately received some development. Previously the restaurant scene was very marginal: either top or very basic outlets. Now, for the last couple of years the situation has improved a lot, and there is much more diversity now. There emerged a number of middle-class, simple but nice atmosphere and food restaurants to chose from.

There are a relatively new culture for Russia. When the first coffee shops appeared just over 10 years ago they received such a warm welcome, that have been growing exponentially in numbers ever since. Looks like there is still not enough as all are fully packed. The Russian peculiarity is, that they all (with the exception of western-managed Starbucks probably) serve proper meals and alcoholic drinks.

There have not been many pubs and bars as such till recently. The trend is some 3-4 years fresh and the number of bars of all styles, from very simple till posh is growing. And again, same as coffee houses, 99% of bars serve proper meals. This is a reflection of Russian consumer mentality. When we are up for a drink in Russia, we expect some food, or better, a full meal to go with it. The western tradition of aperitif or just a drink with no food accompaniment does not work for us.

Being in wine business I can`t help knowing, that Moscow restaurants` wine prices are abusive. A price of a bottle normally starts at some 30 Euro ($38), and that is for an entry level wine. In case you are not prepared to go for a bottle you will face a glass of similar wine offered for some 8-10 Euro ($10-$12.50). Top restaurants normally start their wine lists at about 1.5 to double that price. Hopefully this will change slowly but surely through the efforts of wine aficionados. One of the newer trends in the city`s restaurant scene is the emergence of a number of wine bars, offering a vast selection of wines, both by glass and by bottle at reasonable price points.

Those were the most obvious observations on the Moscow restaurants. Hopefully I managed to cover most of the local specificities. If someone finds those helpful or amusing I would be most happy.